The discussion started with the implementation of the project reports and the issues related to the reporting procedure, as well as a detailed review of all outputs and indicators of the project. The financial status of the entire project was presented and an analysis of spending targets by the end of the SENSOR project. All partners had the opportunity to present their deliverables so far and discuss their upcoming actions and events. 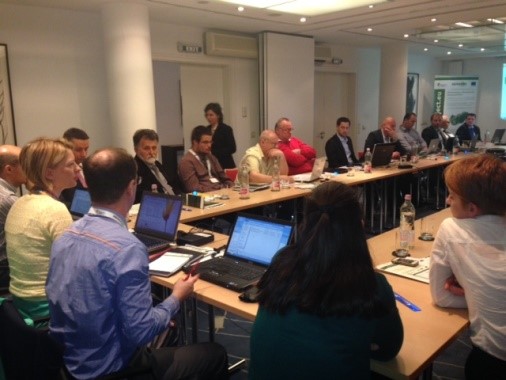 This session was attended by all partners and contractors of the SENSOR project and gave a great opportunity to all participants to present and discuss their results so far in relation to the risk maps, performance tracking, safety ranking, coding, and analyze the importance of the Safe Roads Investments Plans. The 3rd SEROC Meeting was followed where both SENSOR and ROSEE projects, agreed on their common dissemination activities and a peer to peer evaluation of the outputs. 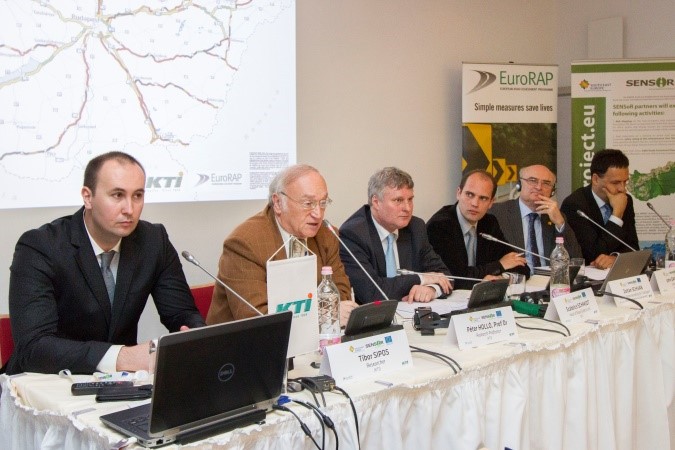 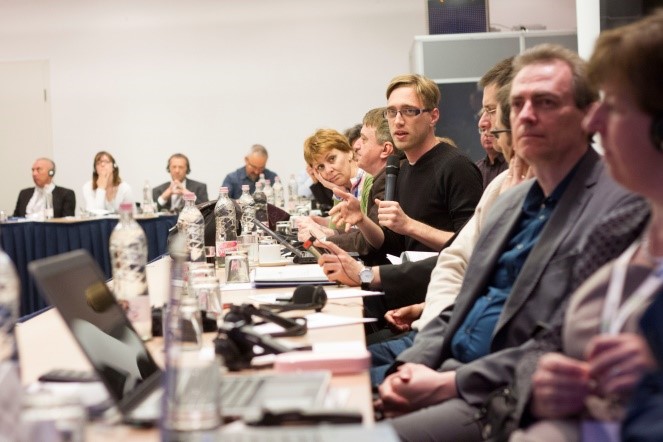 Hungarian Partner KTI (KTI Institute for Transport Sciences) launched the Risk Rate Map for Hungary on a press conference, hosted by Prof. DSc Péter Holló from KTI. The conference had attracted many stakeholders and journalists and achieved extensive media coverage. Prof. Holló introduced to the participants the implementation of the internationally accepted and standardized RAP (Road Safety Assessment Programme) methodology used for the crash likelihood analysis of the the 2.918 km of Hungarian roads. He also highlighted the economic and social impact of the road safety measures proposals that will be presented as the final results of the SENSOR project such as installation of crash barriers, establishment school pedestrian crossings or elimination of roadside obstacles etc. Mr. John Dawson, Chair of the International and European Road Assessment Programmes, underlined that the international initiative aims significant improvement of road safety standards along the national public road networks. International approach proved to be efficient in surveys affecting 650 thousand kilometres in 90 countries already. Mr. Dawson pointed out that the top performing governments had worked out the connection between the “left hand” and “right hand” of government spending. The road safety investments deliver high returns for the economy and reduce financial costs for emergency responses related to health and social care. 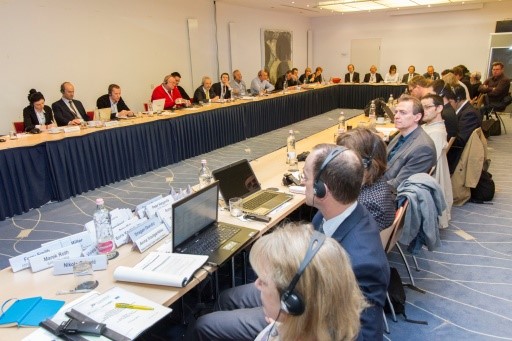 The Risk Map launch event was followed by SENSOR plenary sessions that included EuroRAP's 12th Annual General Assembly. The day included four sessions on investing in road infrastructure safety in Europe, EuroRAP programmes, technical committee meeting and discussion about components in crash reduction. During the sessions the discussions had been held mainly about the link between policy and road upgrades and used examples of work in South East Europe and SENSOR while an overview of EuroRAP work across Europe had been provided.

In the past 12 months, more than 30,000km of European road assessment based on direct inspection has been carried out in 15 countries. Mr. John Dawson said that in 2014, many new Safer Road Investment Plans will be published using iRAP’s new ViDA software. The lives likely to be saved, the costs and the rates of return will be shown. He noted that the challenge now is to take these recommendations and turn them into practical, financeable programmes as free-standing safety schemes or as routine maintenance or rehabilitation. The conversation was followed by presentations of Mr. Szabolcs Schmidt, Head of Road Safety, European Commission, Mr. Chaim Poran, Millennium Challenge Corporation and Coordinator for the Independent Financial Institutions’ Joint Team for Transport and Logistics in Moldova, Mr. Ralf Resch, Director of Mobility Policy, ADAC Germany and Mr. Marcial Bustinduy Navas, European Bank for Reconstruction and Development.

Make Road Safe Hellas, as the lead partner in the SENSOR project provided an image of upcoming results from 10% data samples of SENSOR project and Ms. Violeta Maksimovic from Auto Moto Club of Serbia presented the Serbian SENSOR results as well as the Moldavian risk map. This session was followed by presentation from EuroRAP Members and Technical Partners on components in crash reductions, reviews of speed limits, reduction on road crashes through telematics, autonomous emergency braking and connecting the car and road and finally Road safety funding initiatives discussion.

Make Roads Safe Hellas accepted with great honour the EuroRAP Board Award for the year 2013 for Special Contribution from the hands of John Dawson. This award belongs to the SENSOR team partnership who worked hard during the last year in order to improve the road safety in the SEE region by defining targeted and realistic actions that can reduce serious road accidents and save lives.