On 18/09/2013, the SENSOR road inspection vehicle visited Eretria in a Transnational Road Network (TEN-T) inspection of Greece. As part of the EU-funded SENSOR project, head engineer Stelios Efstathiadis and his technical team has been driving the specially-equipped van, which inspects the roads using the internationally accepted RAP protocols for roads’ inspections. In Greece 3.500 Km of the Trans-European road network will be inspected and star –rated.

The local Mayor Vasilis Velentzas expressed his interest in the project. The stop was a good example of the support the SENSOR project is receiving for its inspections of Greece’s national roads. 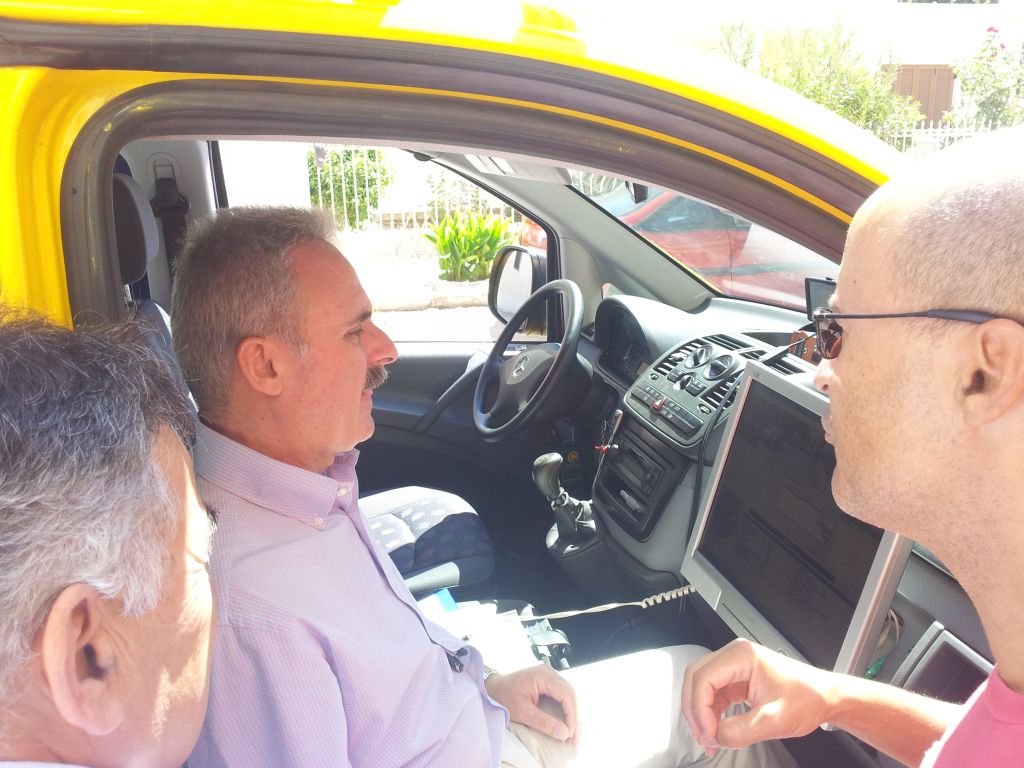 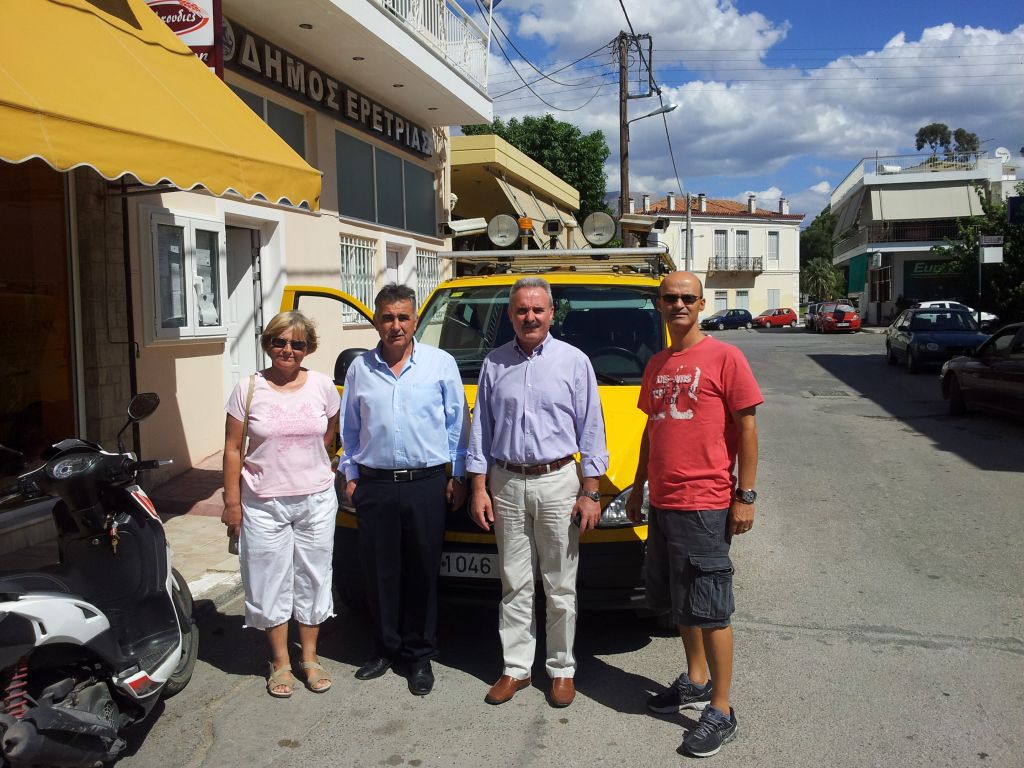 On 18th September the Sensor road inspection vehicle pass through Istiaia as part of its inspections of Greece’s national roads. Councillor Athanase Koutrodimos welcomed SENSOR team and discussion was held on the inspections and state of the arts of the regions roads.

The yellow vehicle that had been circulating on the streets of the City, equipped with cameras and the latest technology systems, attracted the attention of passersby and the photographic lens. During the stop Stelios had an interview with local news group Istiaia news. 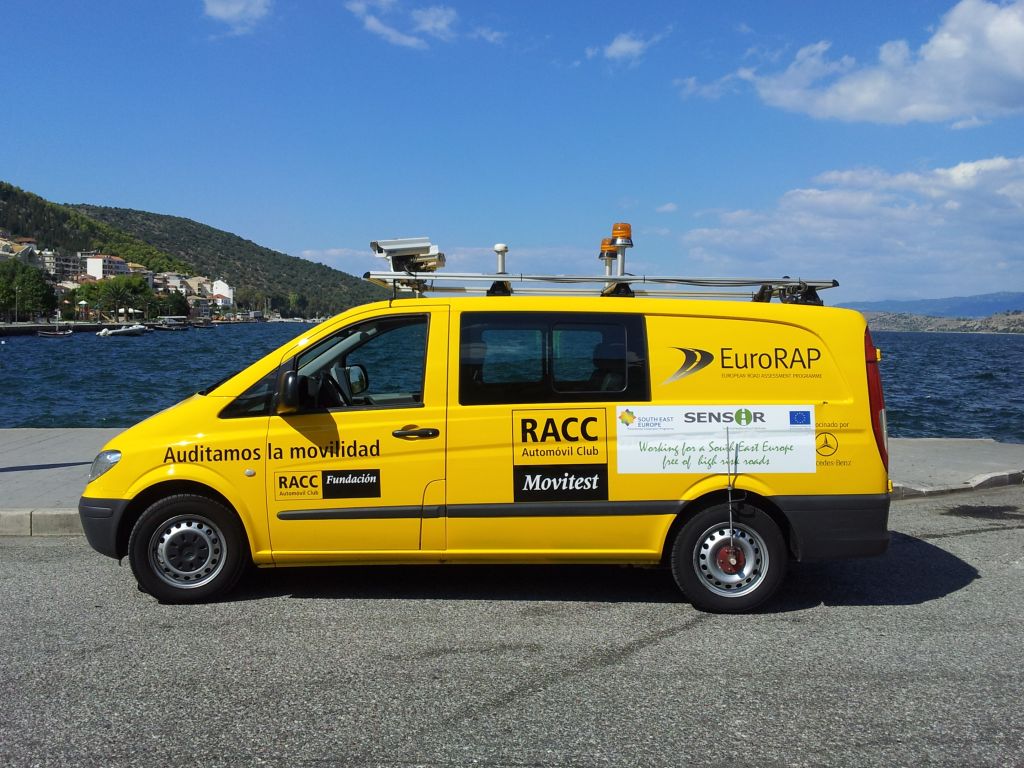 On 23/09/2013, the SENSOR road inspection vehicle visited Patras. During a stop in the city centre, the Deputy Regional Head Gregory Alexopoulos welcomed the team and expressed his support to the project. He said: "This project will enable the objective comparison of the road risk on trans-European networks at a national and European level. With the information collected, you will be able to demonstrate scientifically what everyone who has passed the Tsakona - Patras – Corinth road knows - that this network is equal to the most dangerous network in Greece. It has claimed the lives of many fellow citizens. We hope this tool will enable us to put further pressure on the government to cover, through national or European funds, maintenance works.” 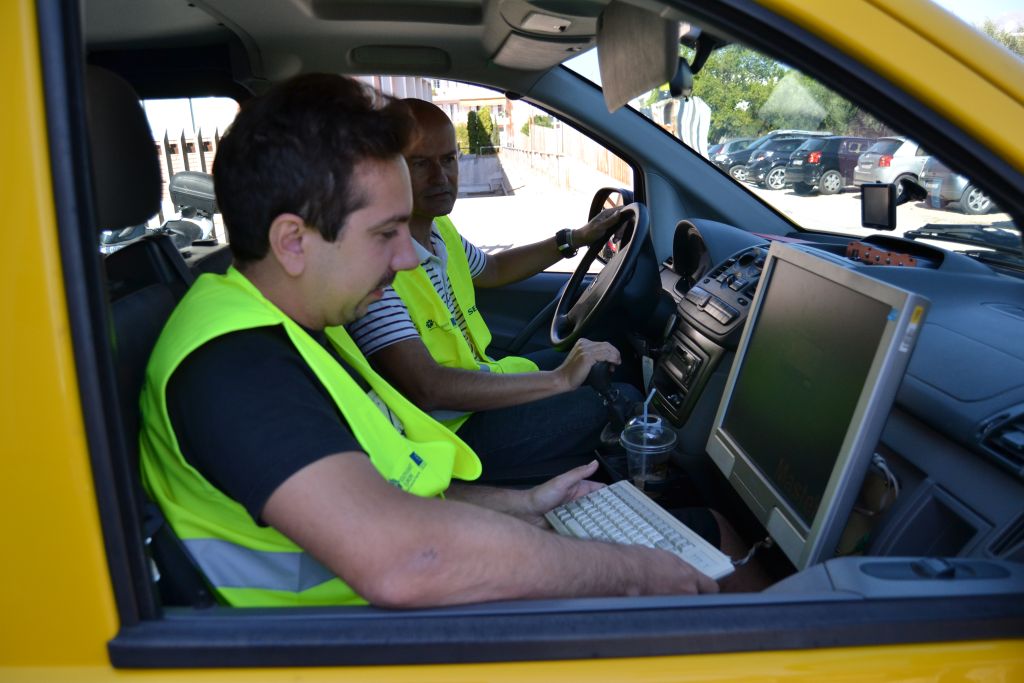 On the way to Patras 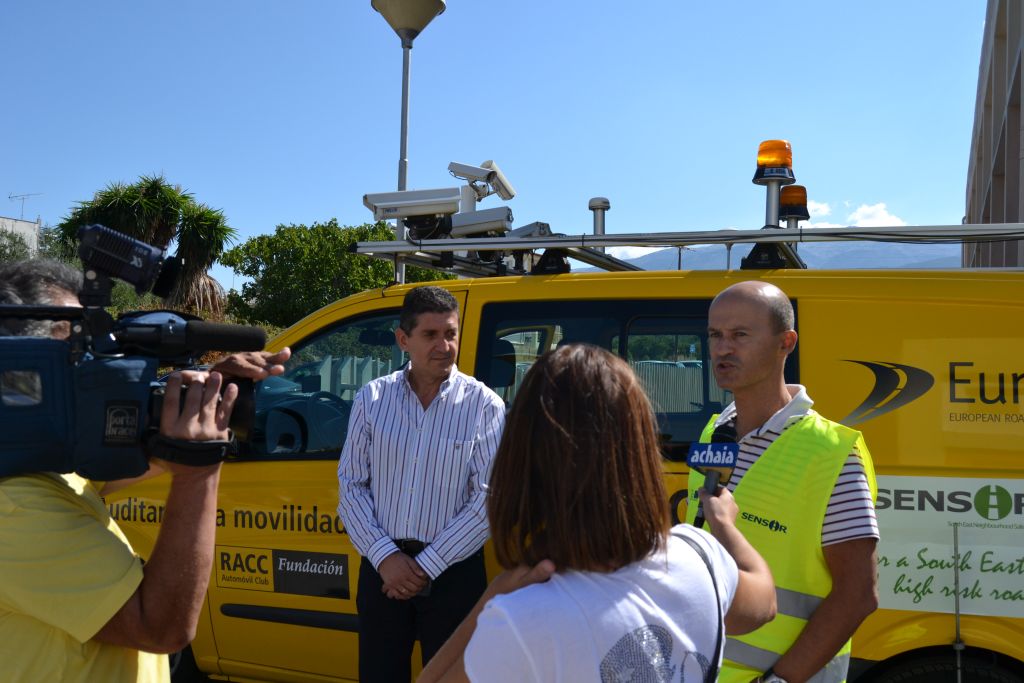 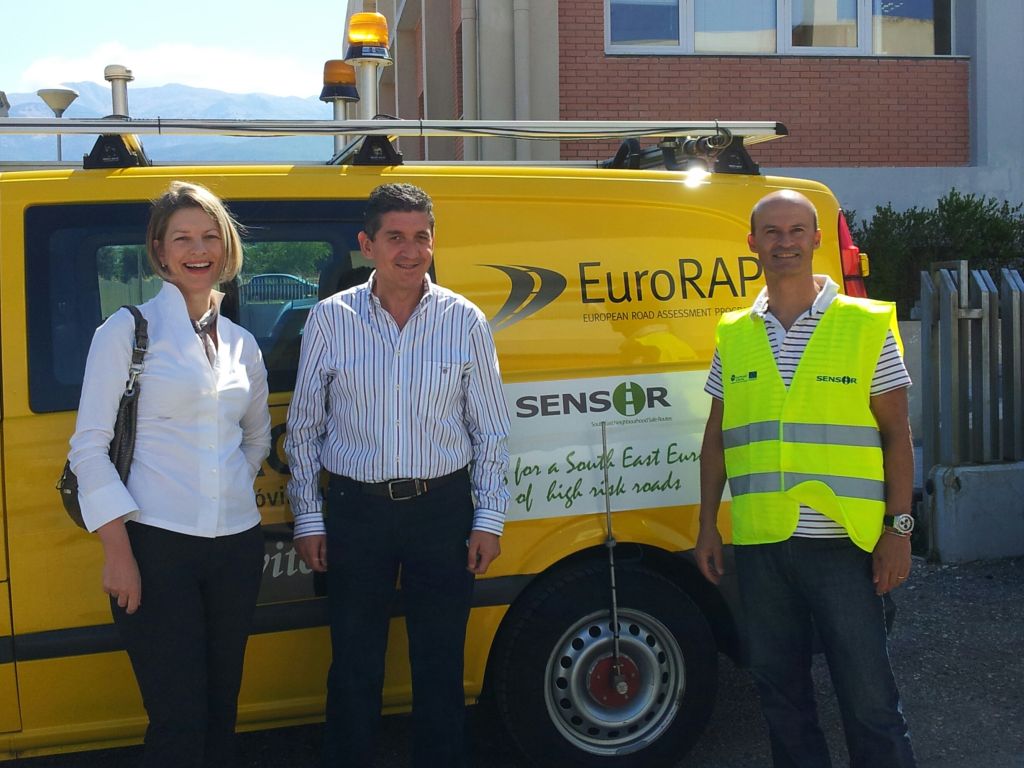 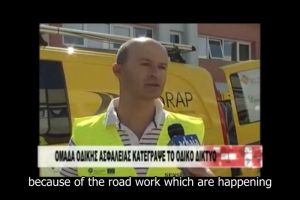 Already recognisable yellow van stoped in the city of beautiful Ioannina for a meeting between SENSOR team and the deputy regional head Ms Tatiana Kalogianni. Present at the meeting was Ms. Olivera Djordjevic who is head of the financial operations of the SENSOR project. She noticed: “Our goal is to develop detailed plans and promoting targeted and feasible actions to save lives from traffic accidents. Special thanks to Ms. Tatiana Kalogianni that the validity and sensitivity gives us great strength to continue this effort.”

On the other hand, Mrs Kalogianni expressed her sympathy to the significant effort promoting such projects and supported the need for an extension of the national and provincial road network of the region for the benefit of programming the corresponding maintenance projects both to save money but mainly for saving lives.

The Event was covered by various local press and local bloggers. 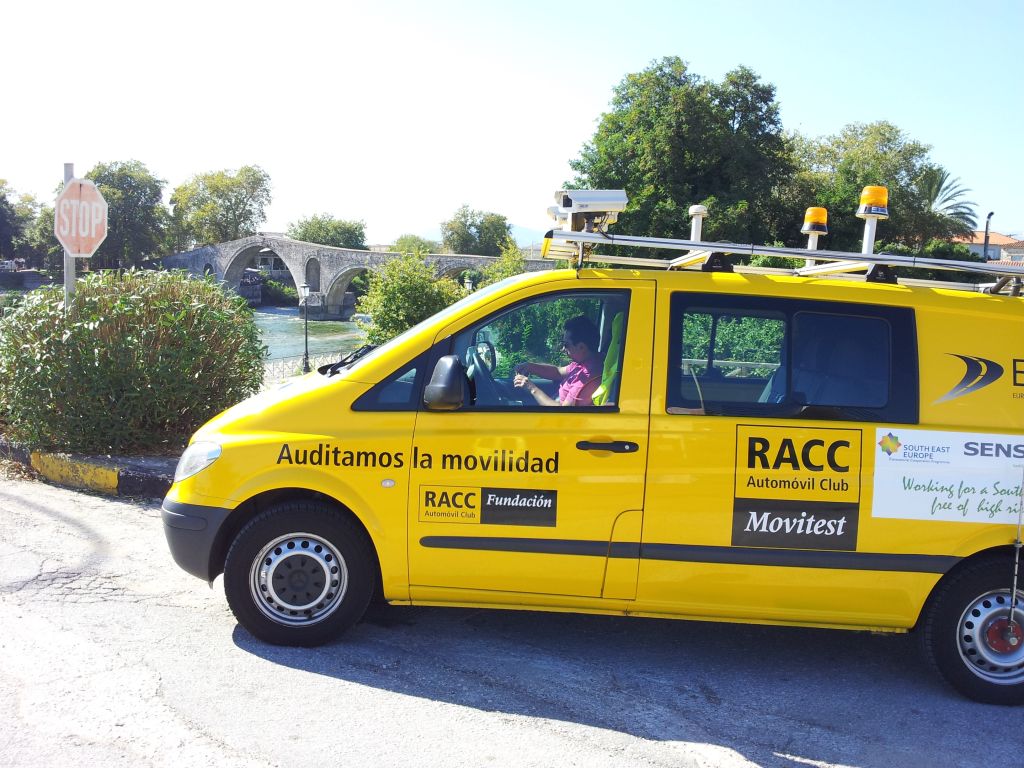 On 25th September the Sensor road inspection vehicle pass through Kozani, a town in northern Greece. To raise awareness of the state of Greece’s roads and how important road safety is, President of the Municipal Council of Kozani Mr Mavromatidis attended an event in the city center. As part of the stop Mr Efstathiadis showed the inside of the vehicle and how the inspection system works. 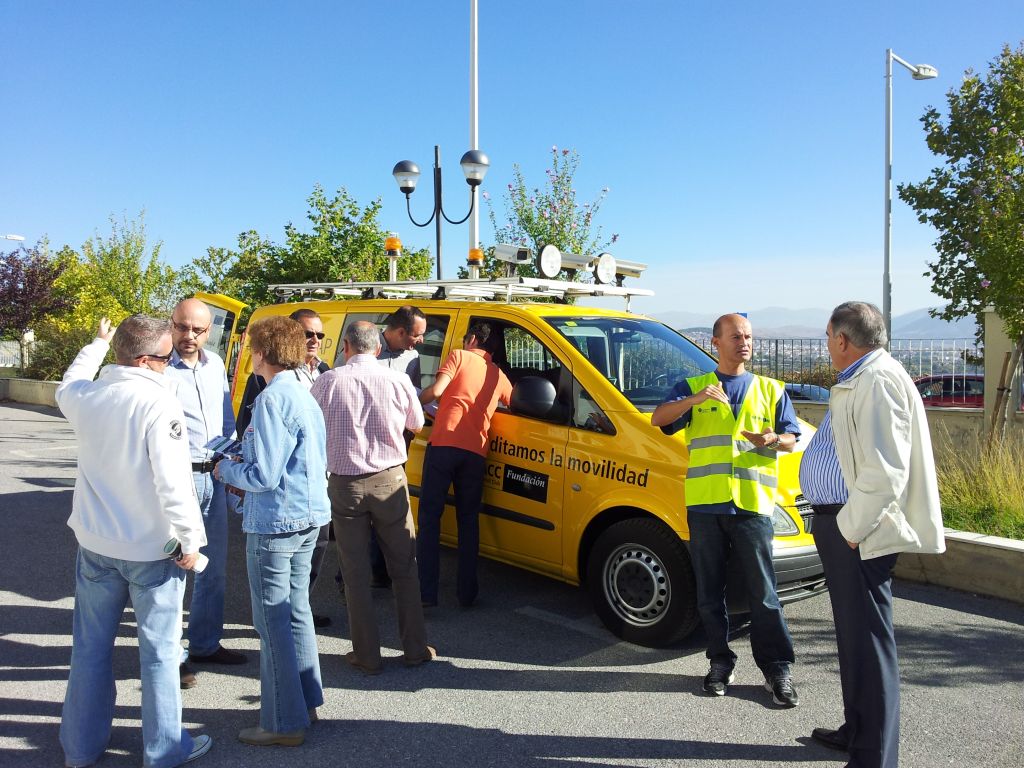 The Sensor road inspection vehicle starts its inspection of Crete, starting the journey from Kastelli Kissamos, the vehicle made an official stop in Heraklion on 27th September.

Using Road Assessment Programme (RAP) technology the van travelled 177km/110miles surveying the national road of Crete. Mr. Giannis Lionakis, President of ELPA KRHTH said: “Having recorded and analysed the European Road Netowork of Crete, from Kissamos up to Sitia and from Heraklion to Messara, the road safety stakholders will be offered a valuable tool so as to design targeted actions for effective roads maintenance and rehabilitation. This is something which should have been done years ago.” 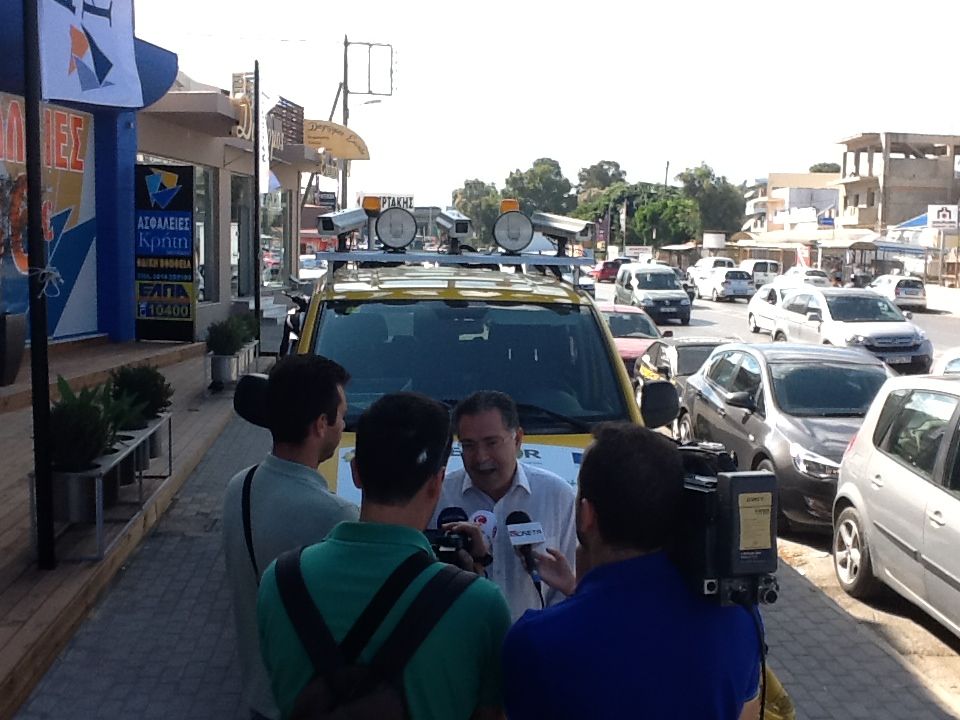 President of ELPA Crete in spot of the vehicle lights 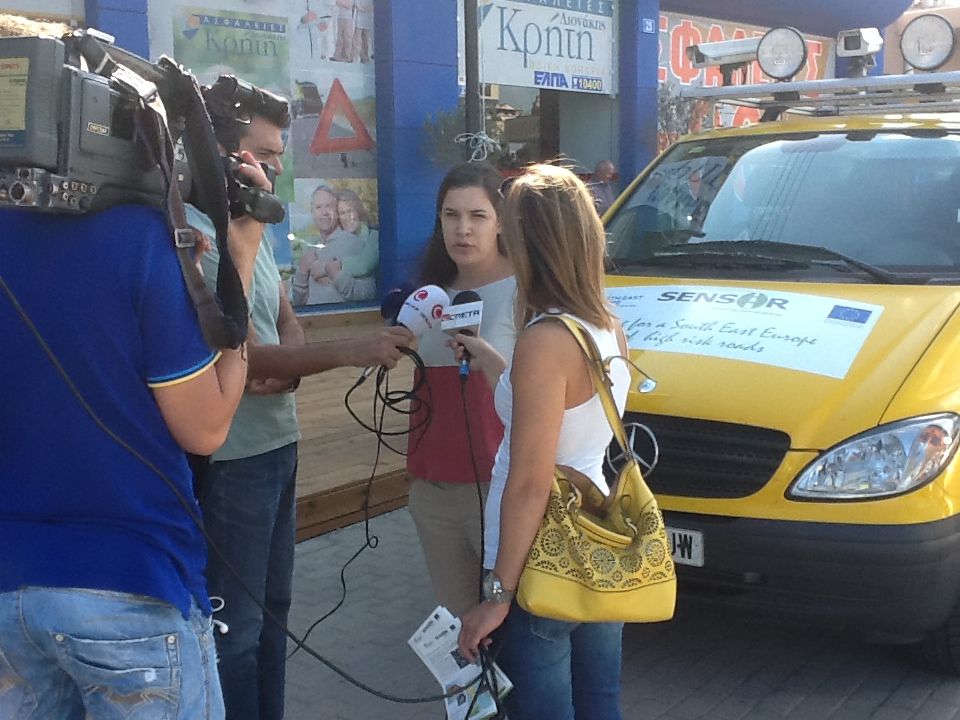 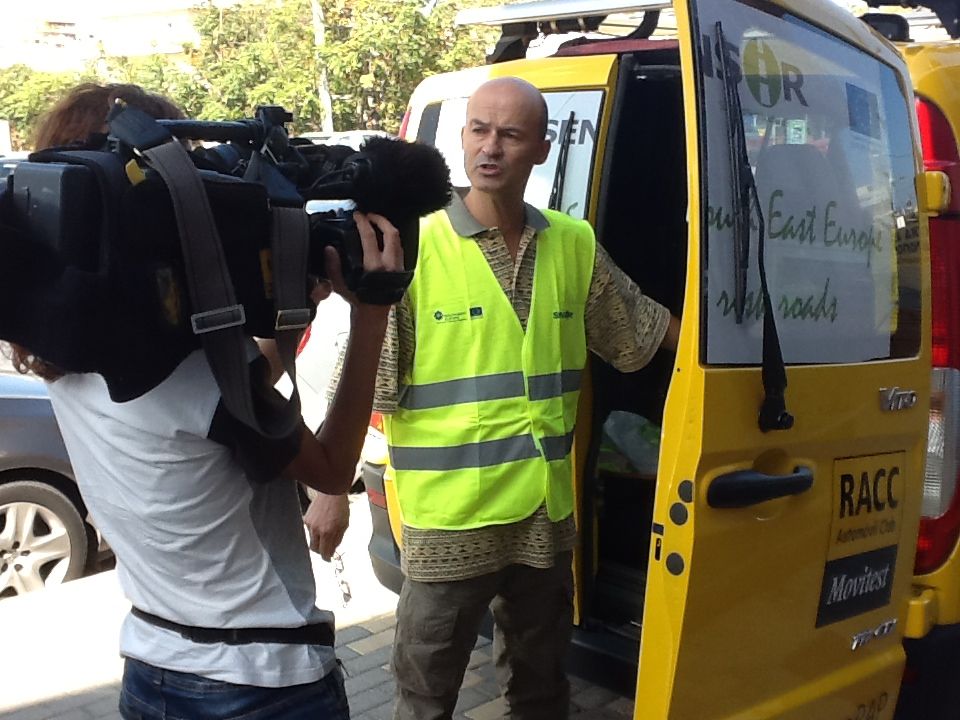 Dr. Evangelos Bellos project manager of the SENSOR project , spoke today in MEGALOPOLI FM, the "broadcast " was with Georgia Dimitrakopoulou.

The show was broadcasted as part of the SENSOR vehicle transit through Peloponnese region arriving in the city of Tripoli. Dr Evangelos Bellos , said: " With the considerable support of the European Union , an ambitious effort to improve road safety in our country and throughout Southeast Europe has started within the framework of the decade of action for Road Safety of the United Nations. The coordination of the project SENSOR is a great honor and responsibility for MRSH.

“Our goal is to develop detailed plans and promoting targeted and feasible actions to save lives from traffic accidents. We would like to thank the regional authorities that the validity and sensitivity of our gives great strength to continue this effort. " Dr. Bellos concluded. 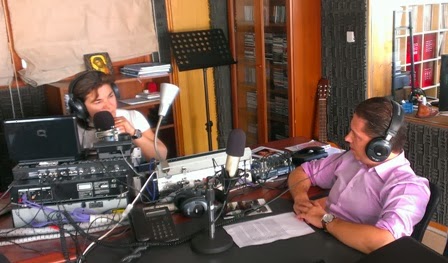 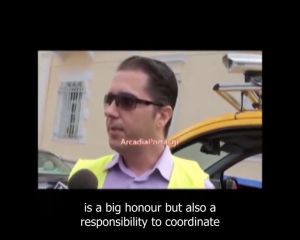 At the meeting Mayor Nikolaou said: "We hope the information you collect, the project partners SENSOR sharp roads of Central, contribute to improving road safety in order to avoid other people lose their lives in road"

The Sensor project attracted local media and a television reportage about road inspection in Greece was played during the programme of the Lamia Star. 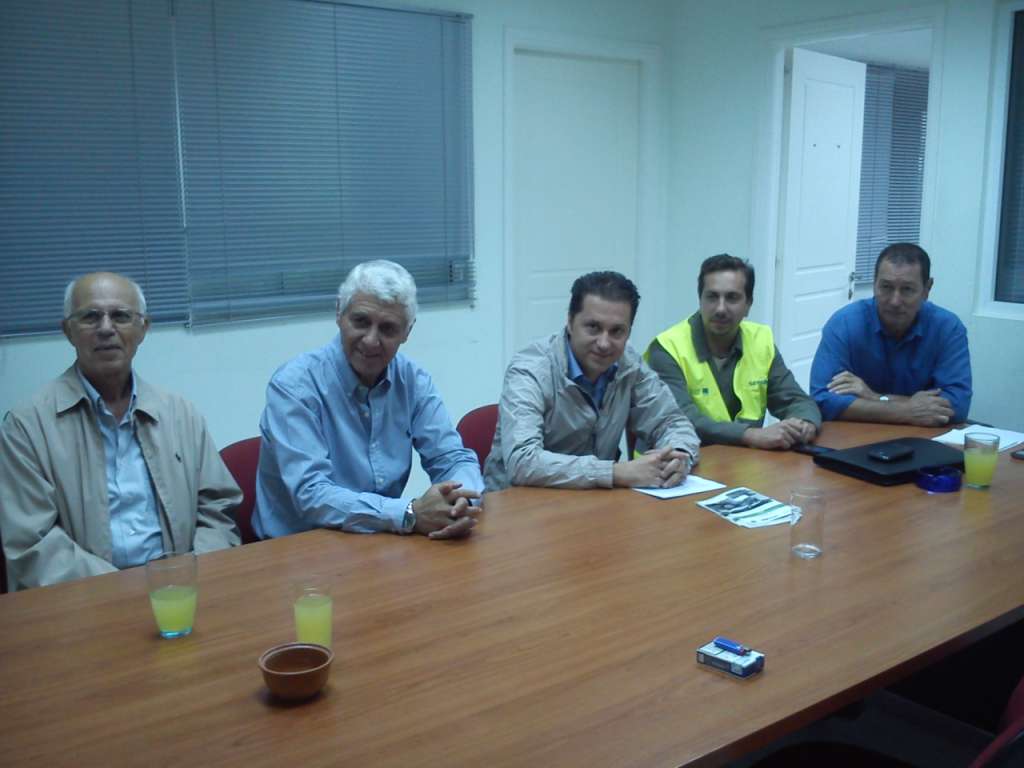 Round table about road safety and Sensor in Thebes 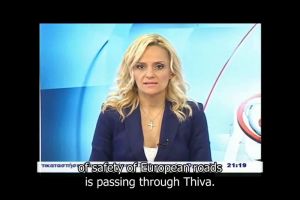 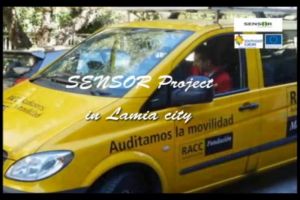